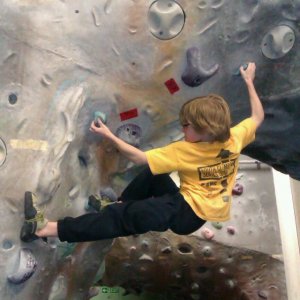 Young Alex Norton, 14, from Anstey Heights, Leicester, is ranked number one for his age group in the UK in lead climbing, which involves scaling indoor walls using ropes.

Alex is a member of The Tower Climbing Centre Team, at Leicester Leys leisure centre, in Beaumont Leys, where he has been climbing since he was eight.

He said: " He has such dedication and passion for the sport, so winning the Junior Lead Climbing Cup and being selected for the GB Team is massive for him.

Training and competition comes at a price as the sport is not eligible for funding from Sport England. This is another challenge for Alex and his family who have to cover all the costs of training and taking part in events.

Recently Alex has been selected for the Junior GB Climbing Team. This means that he'll be representing GB at international competitions during the 2015 climbing season. The estimated costs of the season are put between £6000 & £8000.

Alex said: "I'm trying to get the money together to be able to compete in Europe this year.

"But because climbing is not one of the best known sports, it's hard to get funding."

Until now, parents Sharon and Bill, have managed to pay for Alex's passion for climbing.

He said: "My Mum and Dad have helped me up to now, but it's getting harder.

"Competition climbing can be quite expensive, but it's not eligible for funding from Sport England because it's not an Olympic sport."

In the next few months, Alex and the GB Youth Lead Climbing Team will compete in the European Cup, in Austria, and World Youth Championships, in Italy, followed by competitions in France over the summer.

Alex is delighted to be the latest recipient of a Inspire Award and said: It has been a great honour to be selected for the GB Youth Climbing Team. It's something I have worked long & hard for. It is my long term aim to progress to the Senior Team & climb for GB at that level. The JHMT Inspire Award will help me on the way to achieve that aim.'

In addition to the invaluable support of small grant, Alex further added 'This winter I was involved in a climbing accident where life saving skills were essential to control the situation before the mountain rescue team & air ambulance crew took over. I see Joe's mini HeartStart for sports clubs scheme as part of those life saving skills. Im looking forward to takng on the role of JHMT ambassador at club, national & international level.

Rhonda Olsen, on behalf of JHMT Inspire Awards, said: ' JHMT is delighted to be able to support Alex with an Inspire Award that will help towards competing in the European Championships and World Youth Championships in 2015. His commitment and achievements in his sport to date are outstanding having travelled such a long distance in such a short time frame. He's a fantasic role model for other young people who have similar ambitions to aim high and fufil their potential through, perseverance, hard work and determination.'

I have experienced and learnt a lot from 2015. I have had a very enjoyable year and have had a great time competing in Italy, Austria and Edinburgh. I do not know if I will be selected for the GB team... Read More » 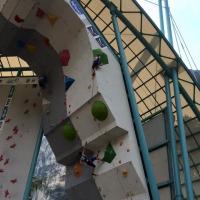 From the 26th of August to the 6th of September I stayed and competed in Arco Italy for the youth world climbing championships. as a member of the GB Climbing team I was selected for this competition,... Read More » 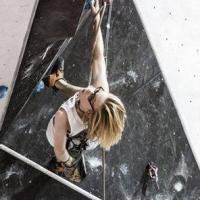 Last weekend I went away to Scotland to train with the rest of the GB Youth Climbing Team as prior to selection for the the final European Youth Climbing Cup and the World Youth Championships. I headed... Read More »