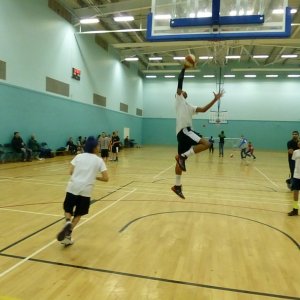 Kareem Queeley, 15 years old, from Leicester is a member of the Leicester Basketball Club and a young man on a mission to play basketball at the highest level. Despite his tender years, Kareem has already packed a lot into such a short space of time at both club, regional and national levels of the sport.

Kareem is currently part of the England basketball national performance pathway and in both the England U14s squad and U15s development squad. At Club level, this popular talisman has played a pivotal role in the success of the junior teams in recent years culminating earlier this year withLeicester Warriors reaching the national final fours as a club (top 4) at U13's (finished 2nd) and U14s (finished 4th).

'Kareem is a very shy young polite lad with a lovely smile. His athleticism is amazing for his age & his talents & ability on a basketball court are brilliant to watch. Warriors coaches are so proud to have such a talented local lad living in the neighbourhood whos at the beginning of his 'inspiring' journey.'

Kareem has also played for the Leicestershire County U13 team this year at his age group and went on to represent East Midlands who won the Inter Regional tournament. At the beginning of the year he was runner up in the annual and prestigious Leicester City Young Sportsperson of the Year Award category.

Kareem said Im absolutely honoured to have been chosen to receive the support of a Inspire Award grant which will help me offset the costs and demands of travelling to national league and regional development basketball training and matches, as well as much need basketball kit and equipment. This opportunity also opens another chapter in my life to learn more about Trusts work to create a greater awareness across the community about subtle heart conditions like SADS  Sudden Arrhythmic Death Syndrome - which can strike anyone, anywhere without any warning and in particular young people between 12yrs  35 years old.

Im also looking forward to taking a leading role at the Warriors as the Trusts ambassador to help create new generation of lifesavers in community sport so my playing colleagues have the necessary lifesaving CPR skills and are better prepared if someone suffers a sudden cardiac arrest playing basketball.

Kareem is a very shy young polite lad with a lovely smile. His athleticism is amazing for his age and his talents and ability on a basketball court are brilliant to watch.

Warriors coaches are so proud to have such a talented local lad living in the neighbourhood who is at the beginning of his 'inspiring' journey. 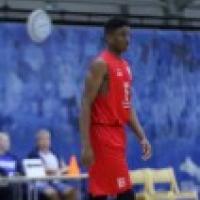 I have made the final 12 man squad for the England U16 Men's team 2 years younger than this age group. I will be flying out with the team to Lithuania for the Division A European Championships for 2 weeks... Read More » 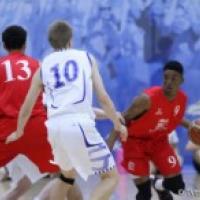 I have been invited to join the England U16's training squad 2 years younger in preparation for the European Champsionships. I have been fortunate enough to travel to France, Finland and Slovenia to play... Read More » 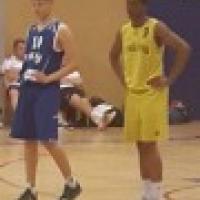 I was picked as a part of 12 Man England U15 team to take part in the Copenhagen Invitational tournament. It was a great tournament and we got better as a team throughout the whole tournament. Over 4 days... Read More »

First game with England U15

On Bank Holiday Monday I made my first debut with England U15's team way to Wales U16's team. I had a two day camp and then we went to Wales to play the game. We played really well as a team and won the... Read More »

At the end of April I travelled to Italy with England U15 3 v 3 team to play in the FIBA 3 v 3 tournament. It was an amazing experience and I learnt a lot from playing 3 v 3. We won our group games and... Read More » 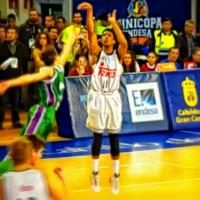 MVP in Minicopa in Gran Canarias

I have just come back from the Minicopa 2015 in the Gran Canarias representing Real Madrid. It has been an amazing experience and I am very fortunate to have been given the opportunity to play in such... Read More » 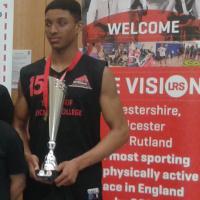 As a part of the school games The City of Leicester College was crowned U14s Leicestershire County Champions. We played great as a team in a 10 team tournament. We won the final and we will be going on... Read More » 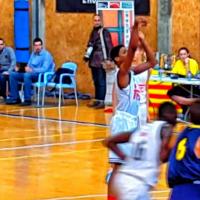 I was choosen to play for Real Madrid U14's Basketball Club in a Junior Tournament, this was such a proud moment. The experience was amazing and I got to play with and against some of the best players... Read More » 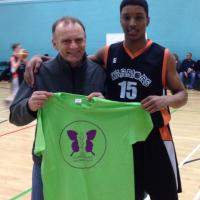 Over christmas I attended an England U15s camp in St Albans over one weekend. I learnt a lot from this camp and am continuing to work hard to improve and get better. This is the second England U15s camp... Read More »