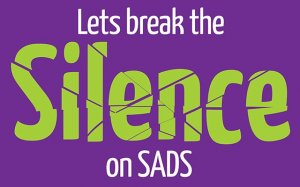 A WEEK of activity to raise awareness of Sudden Arrhythmic Death Syndrome (SADS) which claims the lives of 12 young people every week, will be launched on Monday (30th September).

The Joe Humphries Memorial Trust (JHMT) has established SADS Week to mark the first anniversary of the loss of SADS victim 14 year-old Joe Humphries from Rothley, who collapsed and died whilst out running in October 2012.

The week of activities – running from 30th September to 4th October – will begin with a campaign featuring two powerful posters which aim to get people talking about SADS. They will be on display will in GP surgeries, schools and public venues in the city and county.

Joe's school, De Lisle College in Loughborough, is also dedicating the week to raising awareness of SADS, and will be launching a photographic competition as part of the club set up at the school with support from the Trust. The school is also holding a non-uniform day and a community day.