More Than Just A Game?

More Than Just A Game? 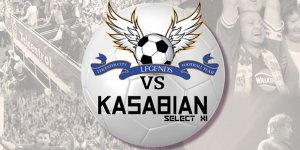 On Sunday 28th July at 2pm a host of Leicester and Leicestershire's most well known sports stars and musicians will meet in the centre circle at Quorn FC for one minutes silence in memory of our beloved son Joe.

At only 14 years old, Joe became another victim to SADS (Sudden Arrhythmic Death Syndrome) whilst out jogging in Rothley last year. We will also pause to remember all those young people (12 – 35 years old) across the globe who become victims to sudden cardiac death. Until the shocking death of our fit and healthy son Joe last October we (along with anyone we've come across since in Leicester and Leicestershire) had never heard of this lethal group of subtle heart diseases, which strike our children without any warning.

The day after Joe's death we found out that a minimum of 12 young people a week, 634 a year becomeSADS (Sudden Arrhythmic Death Syndrome) victims. The reduction in obesity, drugs, smoking and alcohol intake has been a government target. We can accept that these health issues need attention but we can never accept that it is not equally as important to inform and educate the general public about the fact that young people can be susceptible to subtle heart diseases which can strike anyone, anywhere and at anytime. Surely SADS awareness should be a priority too?

To reduce the risk of a young person falling victim to SADS it is imperative that people are informed about the symptoms to look out for, taught the necessary CPR skills and have access to a defibrillator.CPR can increase survival rates by up to 50% if carried out within the first vital minutes of collapse. There is no question that every child who leaves school should have basic CPR skills and know how to save a life. Why shouldn't defibrillators become as common as fire extinguishers? After all the amount of deaths caused by fire are many less than those thousands a year caused by cardiac arrest in all age groups. Yet we are quite rightly taught in the workplace to attend fire lectures and know what to do should a fire occur. Why aren't we taught basic CPR?

Heart screening in young people when the heart is fully developed in adolescence can pick up heart defects including arrhythmias and in the very near future the science of Genetics will have a huge role to play in the detection of subtle arrhythmias.

The devastating loss of our son has been real eye opener as to the size of the challenge ahead but in memory of Joe, and the thousands who have gone before, the Leicester and Leicestershire public can be re assured that JHMT will never stop working to save young heart beats, ensuring the message is loud and clear and that every child matters. Tackling the silent killer SADS in the UK has to be a greater priority than it has previously been. Our public health services have a duty to raise awareness of SADSso that we as parents can make an informed choice. In the words of our Patron Martin Johnson CBE "If you don't have the information you can't make a choice".

We recently took up the opportunity to display the work of the Trust at the Leicester City Clinical Commissioners group where many of the leading Leicester City medical experts including G.P's and practice managers meet on a regular basis. It was a chance to meet key medical staff to discuss sudden cardiac death in the young, and ask if they would promote the Trust's message in their local practices. We would love to have left the King Power Stadium empty handed and needing an urgent re-print of JHMT 's range of public health materials, unfortunately this was not the case! There is a long way to go to change the culture and attitude in the UK. Looking back a similar change in culture occurred when we had to start wearing seat belts. At first people didn't like the idea but now, who would think of getting into a car to go on a journey without a seatbelt?

It would be a fitting tribute to our amazing son if we could reduce this shocking disease and prevent another family having to face the rest of their lives without their longed for and precious child – a sentence of torturous suffering which is just too awful to contemplate.