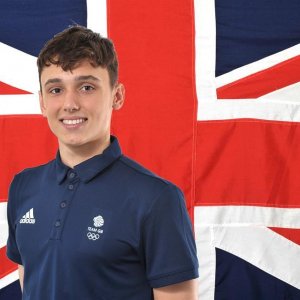 William was selected to attend the England Talent Phase 1 Programme by British Swimming and Progressed to Phase 2 just before Christmas after swimming his 400IM record at the Short Course Nationals in Sheffield.

This recent success is down to work, work and more work and includes training for sixteen hours weekly in the pool with four additional land training sessions, and three mornings during the week before school.

William said: 'I get up at 4am and train from 5.15am until 7.15am. Swimming is not an inexpensive sport. My racing jammers cost £114 and sometimes an Open Meet can cost £6 per event. I need to swim at meets around the country to gain qualifying times for the Nationals. In 2015 I also swam at the Scottish National Age Group Championships and came home with 8 gold medals - 6 individual and 2 relay.

'I have been chosen to represent Leicester, England at the International Children's Games 2016. In July. My seven team mates and I will travel to New Taipei City, Taiwan to compete. We have to fund this trip ourselves and estimated costs per swimmer are £1.300. This will be the first time I have competed against children from different countries and I am so excited. But when the average swimming season costs £4,500 this is an expensive trip!.'

'I hope that my story will inspire other young swimmers. I completed swimming lessons just before the Olympics in 2012 and joined Loughborough Town SC. I had tried my hand at other sports but quickly realised I had a talent in the pool. I was offered a place at City of Leicester SC in 2013 and only spent 5 months in the Development Squad before I was promoted. Swim training is so time consuming compared to other sports and the early mornings are hard work. But I have made some really good friends at my club and all around the Country. We message one another and we support one another.

'The Inspire grant will make a real difference to help fund my entries into swim meets around the country. There is a qualifying window for the British Champs and swim meets can sometimes be over subscribed which means we have to travel further afield. I also need to enter meets that will push me to better my personal best times eg Manchester Aquatics International Meet, where I competed in the 400IM final against an Olympian much older than myself. I was so nervous before the race but I tried my hardest and was proud to qualify for the final, where I was the youngest swimmer.'

Simon Taylor, Inspire said: ' Williams work ethic ,determination to succeed and use of
his talents is an inspiration to all young people . We wish him every success
and look forward to following his journey'.

Today I raced the 200 breast and was very happy with my new personal best time in the heats. The final was very exciting and very close! Happy to report another PB (6 seconds in total today) and a silver... Read More »

Another good day at the pool yesterday. The 100 free in the morning was exciting and although just off my best time, I managed to qualify for the final in the afternoon. It was a good warm up swim for... Read More »

Day 1 of the Champs and it was the 400 free today. Had a decent heat swim, outside my best time, but fastest into the final in my age group. Happy to report the final went very well with improved stroke... Read More » 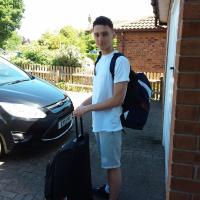 What an amazing experience it was to race against the best junior swimmers in Europe, with my British Swimming team mates. Had a fabulous week and 3 good swims. Raced personal best times in my 400 and... Read More »

Great to share the news that I was awarded the Top 16 yr Age Group male at the East Midlands Champs in April and that, now the qualifying window has officially closed, I have 11 event times to race at... Read More »

I entered a time trial at Loughborough University for the 800 free the weekend after the first time I had swam this event, so pacing was an interesting challenge. Pleased to report that pacing was better... Read More »

Bank holiday Monday saw me and the rest of my team mates at City of Leicester head up to Ponds Forge again for this 1 day championship meet.

I had entered 50m backstroke, butterfly and freestyle and was... Read More » 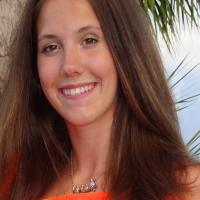 I had entered a few select swims at Ponds Forge as I needed to improve on my qualifying times for British Nationals in July. 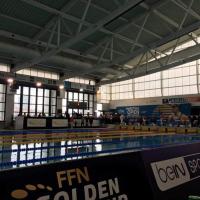 I am very grateful to JHMT for this award and the immeasurable help it will bring going into the upcoming track season in allowing me to travel to races and purchase new trainers to help me to continue... Read More »