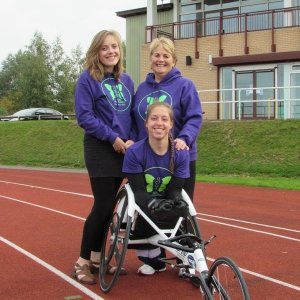 Paige who has cerebral palsy, is 21 years old and for someone so young has already accomplished so much in such a short space of time. This is partly down to her boundless drive, energy and ambition to succeed.

Paige has been a leading advocate for highlighting the experience of disabled youngsters through a range of activities and projects such as the Streetvibe Youth Inclusion Project and Braunstone's Youth Panel. In 2010 Paige received the Honoured Citizen Award from the Lord Mayor in acknowledgement of her achievements More recently, she has worked proactively both as a sports leader and ambassador within several organisations, which lead to being selected to carry the 2012 Paralympic Flame representing the East Midlands and Leicestershire and chosen to be a baton bearer in the Queens Baton Relay for the 2014 Commonwealth Games.

Having tried many sports (swimming & wheelchair Basketball to name a few) Paige has discovered a great love and enthusiasm for racing and is looking forward with excitement to a positive future in athletes.

para-triathlon, and since then athletics has become her focus event. Classified in the T34 group for athletes with cerebral palsy Paige made significant improvements during 2014 reducing her Personal Bests from 28.80s to 22.10s for 100m and 52.11s t o 43.12s for 200m, plus stepped up the distances to 10km. Paige is now ranked 5th in the UK for both 2016 Paralympic events the 100m and 800m, and not far away from the Top 10 world rankings, resulting in an invitation to the British Athletics Parallel Success Academy in 2015.

Her coach, Job King, said: 'These performance gains are a result of 100% commitment to the sport travelling from Leicester to Coventry twice a week, working out in the gym and at home on indoor rollers, and entering competitions at Stoke Mandeville, Coventry and Bedford through the season.

This is whilst balancing her first job and vocational training. Her training group in Coventry boasts a number of GB athletes including 3 of the leading T34

athletes in the World (Hannah, Mel & Kare), so in great company!.'

Paige is now fundraising for a custom made racing chair to continue her improvements as the racing chair she is currently using is too wide – limiting power through the rims and bruising her arms. If funds allow carbon wheels would also help generate more force. A chair costs around £2300-2500, and wheels £1300. Racing is not a cheap sport with gloves at £125, tyres over £50 each and travel to competition. Long term Paige is looking to compete with her team-mates internationally and to record times on the world rankings which requires an IPC Class.

Paige said: 'The Inspire Awards funding will help me purchase new equipment, contribute to maintenance cost and allow me to continue to attend competition events. This will also go a long way to helping me reach my true potential within athletics and achieve my aspiration of one day representing Great Britain.'

'I am from Leicester and I'm fully well aware of the vital work of the Joe Humphries Memorial Trust to raise awareness of Sudden Arrhythmic Death Syndrome (SADS) and create the next generation of young lifesavers . I am delighted to be part of the charity and looking forward to playing my part to help promote the work of the Trust.' - she added. 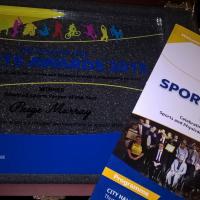 I am delighted to say that I am working hard to overcome my injury and my recovery is going well. I have been doing all that I can to be productive with my time and I am happy that I am now finding ways... Read More »

A big thank you to the Joe Humphries Memorial Trust. I am extremely grateful to receive the Inspire Awards grant. The work of the trust is fantastic.

I've now completed what was a success season, full of... Read More »