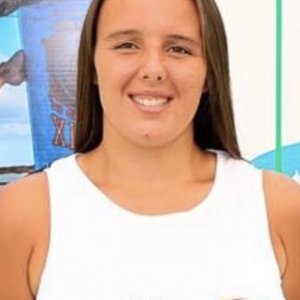 Melissa is 18 years old, from Thurmaston, Leicester and learnt to wakeboard at the age of 6, having learnt to water ski at the age of 2. Currently, she has 7 national titles and also attends other events in the UK, such as the Ryan Birch Memorial Competition and a new national ranking competition called The Wake Open.

In 2013, Melissa was picked for the GB squad for the first time (aged 11). Every year since then, she has gone to the Europeans, gradually working her way up the rankings. Then, in August 2017, she came 3rd at the

European and African Championships in the Junior Women category for under 19s (aged 16). Unfortunately, a few weeks later, Melissa discovered her ankle was broken, and wasn't sure how this would affect her riding. Then in 2018, the European and African Championships were held in the scenic backdrop of Rieti in Italy. Despite knowing she had not had as much training as she would have liked, due to issues with her ankle until April 2018, Melissa came away with 3rd, in a very close final with only 12 points between 1st and 5th.

In addition to her own training, Melissa enjoys coaching other young athletes at her local club: Charnwood Waterski and Wakeboard Club in Watermead Park, Thurmaston. In 2017, she qualified as a UKCC Level 2 Water Ski and Wakeboard coach, and has been volunteering at the club ever since.

Simon Taylor, Inspire Lead, said: ' One of the ways in which JHMT can make a difference is to support inspirational young people who are making a name for themselves in areas where funding is not otherwise available . We are delighted to support Melissa and wish her every success. 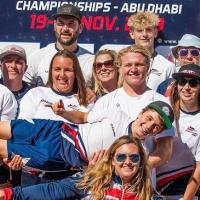 Last week, I represented Team GB at the IWWF World Wakeboard Championships in Abu Dhabi. This was an incredible experience, in terms of both competing on the world stage for the first time and getting... Read More » 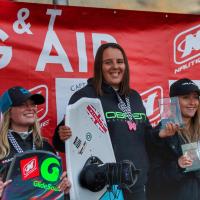 The Ryan & Tony Birch Memorial contest is an 11 year old event in remembrance of a young wakeboarder and his Dad from the West Midlands who died in a plane crash. Although it is less formal than the... Read More » 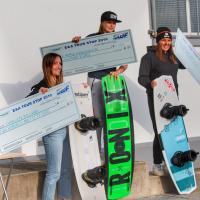 Last weekend I decided to attend the 1st stop of the Euro Tour in Northern Ireland, on the River Bann. As it was a pro event, I did not go with the intention to podium. My main goals were to land my competition... Read More » 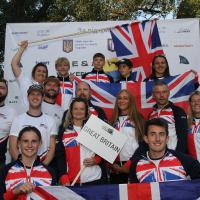 Over the past week I have been in Kiev, Ukraine for the European and African Championships. Due to the demands of A Levels, I had not trained as much as I would have liked to in preparation for the competition.... Read More » 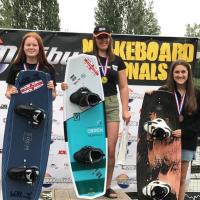 This weekend I competed in the 2019 UK Wakeboard Nationals at Thorpe Park. This was the 20th anniversary for the competition, so there were also demonstrations from professionals in other parts of the... Read More »

I would like to thank the Inspire team for awarding me a grant towards costs of international boat wakeboard competitions. Boat wakeboarding is a very expensive sport, but as a non-Olympic sport there... Read More »