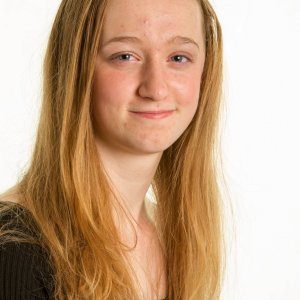 Lucy Sharp is 15 years old from Leicestershire and a Deaf swimmer. This inspirational young and very talented sports woman has recently been selected to be part of the Great Britain team who are to take part in the Deaflympics held in Turkey in July 2017.

Lucy said: ' We have to raise our own funds to go as the Deaf Swimming team receives minimal funding. Each Team member's cost is expected to be in the region of £2500.

Simon Taylor, Inspire Awards lead project said: 'Lucy is an amazing person whose personal journey is an example to us all . The Inspire Judges took particular delight in making this award to someone who typifies what our award scheme is all about .'

Around her thirteenth birthday, Lucy developed tinnitus and within a matter of months had lost her hearing completely. At the time she was an 'average level' club swimmer, usually finishing towards the bottom of her age group at the club championships. On becoming deaf, she lost a lot of confidence, both socially and in the pool. In addition, she experienced balance and coordination problems that caused her swimming to deteriorate.

Undeterred, she has striven to overcome her disability. Whereas she is now able to hear a little with the use of hearing aids, these cannot be used in a swimming pool where she is left profoundly deaf. Unable to hear the coaches, she worked with them to develop forms of communication to enable her to continue swimming in a main stream setting and in the past year she has improved dramatically, surpassing her able bodied peers.

Lucy is at a distinct disadvantage against other swimmers at the start of 'able bodied' races because she has to look across to the starter for a hand signal or infrared light to start the race. This costs valuable time on the start, particularly in sprint racing, but in spite of this, Lucy has broken the 50m freestyle club record for her age group this year.

In March 2015, she took part in her first deaf swimming competition and became determined to make the most of the sickening news that her deafness was permanent. Recently she won three silver and three bronze medals at the National Para-swimming Championships in Manchester, resulting in her being invited to join the Great Britain Deaf Swimming Performance Squad. She will now be considered to represent Britain at the Deaflympics.

Imagine what it must have been like for a teenage girl to suddenly become deaf. She was about to embark on her GCSE course and at an age when girls' bodies are changing and friendship groups fluctuating. She found herself socially isolated and understood very little of what was happening in the classroom. Despite all this,Lucy developed strategies to help her to communicate and manage an environment in which she could learn. It is remarkable how quickly she adapted to her new disability and she has worked very hard to achieve academic success in fact she is now working at a level above that which she was expected to achieve before she became deaf!

The demands of coping with a new disability are challenging in itself, but Lucy has an older sister with physical and intellectual special needs. Throughout all her own troubles, Lucy has continued to care for and 'look out' for her 17 year old sister; helping her get dressed or stepping in when her sister is emotionally stressed. Lucy lovingly goes above and beyond the duties of a younger sibling.

Most girls drop their sporting activities in their early teens and it would have been understandable if Lucy had given up swimming, but she did not. Instead, she resolved to continue and has effectively had to relearn many elements of the sport. As described earlier, since becoming deaf she has dedicated herself her sport and improved significantly, holding her own against able bodied girls of her own age and winning medals at the national para- swimming championships.

Lucy trains around 6 hours a week in the pool and does a further hour of strength and conditioning. Time is also spent each day completing a comprehensive training log. Swim meets take place on average once a month and last all weekend.

Everyone admires how Lucy has made something positive out of a life changing condition. She is popular amongst swimmers at Loughborough Town swimming club and her dedication to training and determination to overcome her new disability sets a good example to all those who train with her. She is truly inspirational.

Throughout all her problems, Lucy
has remained positive and always has a smile on her face. 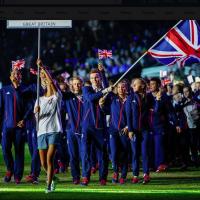 What an honor to represent Team GB in the pool. I had a long time to wait as my races were on the last 2 days, which was a physical/mental challenge. Also I was in the youngest age group band. In the 400IM... Read More » 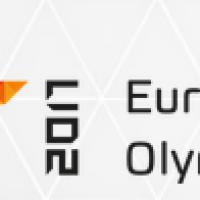 I am proud to share the news that I have been selected by the British Olympic Association and British Swimming to represent Great Britain in the pool at EYOF, Gyor July 2017. I cannot wait to be part of... Read More »

Had a fantastic weekend in Liverpool with my East midland team mates.

On Saturday I swam the 200m backstroke and 200m IM which I pb'd in and achieved my British qualifying time.