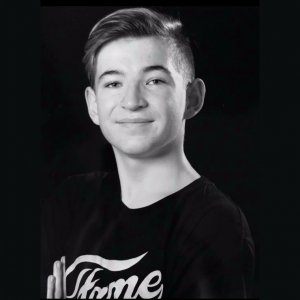 Lincoln Herbert is 15 yrs old and is from Leicester and attends Brookvale Groby Learning Campus.

As a child Lincoln was diagnosed with adhd and asd in which brought with it many challenges. Lincoln attended the TTDA Dance Academy from the age of 5 yrs old through the dance academy he was able to express his emotions more effectively and his confidence began to grow.

He has entered so many Dance competitions over the years and has won lots of medals and trophies for his achievements. Lincoln has a huge impact on the children at the dance school. He's become a good ambassador for them and a great male role model for the children and the community.

Lincoln has inspired young people to work hard and achieve their goals. Lincoln's involvement with the Dance academy over the years has extended to volunteering with them at community events and during school holidays,supporting and encouraging children as they develop their own dancing skills.

Lincoln is highly praised from members of the wider community who visit the New Parks Hub for his dedication to volunteering, and the difference he has made not just to himself but also to others. Recently Lincoln was a runner-up at the Leicestershire Lord's Lieutenant's Young Person of the Year Award 2019 for his achievements as a young volunteer, for this he received £100 gift card.

Also he has been nominated for the New Parks young volunteers award 2019 to in which he was awarded a medal and certificate for his achievements. Lincoln's dream for the future is to become a dance teacher and to work in theatre and arts with the support from the dance academy and community he will achieve his goal and has a very bright future ahead of him.

He is a very strong believer just because your slightly different to everyone else doesn't mean you cannot achieve your Dream, Believe, Achieve goal. The purpose of receiving this award from inspire team is to give something back to the community ie The New Parks Community hub for all there support since the age of 5 yrs old so they can buy new equipment for the dance school or something new for the centre for the children to use.

A proportion of the award will be used towards private tuition fees so I can extend my career as a dance teacher.

Thank you so much for the Inspire award as its very much appreciated by me ( Lincoln) and the dance school.

Inspire Lead, Simon Taylor said: ' Lincoln's story is truly inspirational and we are delighted to support both Lincoln's development and that of the Academy.'

Lincoln Oliver Jack Herbert does not have any blog entries.