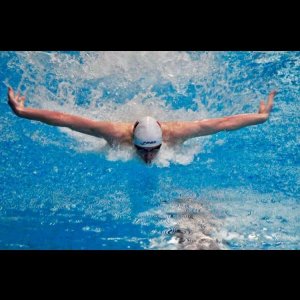 Lewis was introduced to the water at just 3 months old, he took to it and loved it immediately. At age 3 he was awarded his 25m swim badge. Lewis has always been very competitive right from a young age so as his swimming progressed it was only natural he pursued swimming as a sport. Competitively, he joined the Leicester Penguins swim club at just 7 years old. He was soon loving the competitiveness and progressed to the A team by age 9. Lewis made the national diddy finals with Leicester Penguins and won his 9u Freestyle event whilst also breaking the national record for that event. The record still stands. Lewis went on to become County champion numerous times and competed successfully at regional championships.

Lewis progressed at age 14 to City of Leicester performance club where his swimming career developed to the next level. Lewis qualified for the national championships in several events and raced successfully gaining places to swim in finals.

He was selected onto the England talent pathway and continues to be guided by their input.

Lewis was selected by Leicester England to compete in the Children's international school games 2015 which was held in Alkmaar Holland. Having had a great experience Lewis came away with the biggest medal haul Leicester has had from a swimmer, 4 silver and 1 bronze.

He became regional junior champion in many of his favoured fly and fc events and also broke a few county records on route that still stand.

He has also proudly swum in the English School championships (ESSA) and the English school Games, bringing home more medals including a gold in 2017.

Lewis continued his success into youth and senior swimming with qualifying for British Trials and British Championship's in 5 events. He was selected to represent England at the Mare Nostrum meet in France junk 2017. This gave Lewis a fantastic opportunity to not only be coached by the England coaches but to also be competing against some of the best Olympian's from around the world.

Earlier this year Lewis was selected to represent the East Midlands in the Ammines French open. Gaining valuable experience early season this gave Lewis the starting point for British Trials in Edinburgh and put him in a good place for the British Summer championships in July 2018.

I'm very pleased to have been selected for the performance squad at Loughborough with Ian Hulmes this season. It's a great opportunity to be training with such an array of top level coaching and staff,... Read More »

After a very long and tough academic year I was pleased to still make some national finals this year and come away with some strong swims. Now after resting well over the Summer I've got a great opportunity... Read More »

Finally my a-level exams are finished, after cutting back on a few sessions during this period it feels great to finally be back to full training and working really hard! Can't wait for Nationals to see... Read More »

Over a few weekend in December and January I went on a Swimming Assistant (Coach ) course. My satellite club Loughborough Town had sent out an e mail to see if anyone in the club over 16 was interested.... Read More » 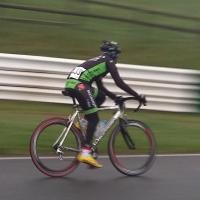 A big thank you

I would like to say a huge thank you to the Joe Humphries Memorial Trust for awarding me funds towards my cycling. I am so grateful for this support.

This is my first season of racing in the UK and the... Read More » 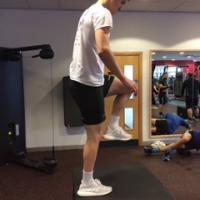 The sessions have started and I try and fit in one really high quality strength and conditioning session each week. I have been learning some proper core strength exercises and I have learnt pretty quickly... Read More »

I am delighted that I have been selected by Swim England to be part of the England Talent International Competition Team 2018. This is the first time I have progressed to Phase 3 of the Talent Pathway... Read More »