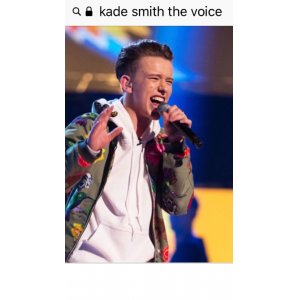 Kade is a young man who joined Curve about four years ago, with a passion and talent for music and theatre. Kade had a difficult time at school, as he suffers with ADHD and this made many of his experiences with learning challenging. As soon as Kade got involved with projects at Curve he shone. He has been in many productions and projects, most recently in the very successful community production of Bugsy Malone.

In October 2017 he gained a lead role in our production of Oklahoma!, playing Jud Fry, a mature and challenging role for a young actor, in which he had to portray deep emotional storytelling through song, acting and dance. He did this with absolute dedication and reaped the successful results.

Alongside his work at Curve, Kade has always worked on his music and his vocal strengths, writing his own raps, created from existing songs. In January 2018 we saw Kade succeed on ITV's The Voice with four turns of the judges chairs in the audition rounds.

Kade has always been committed to Curve and to Leicester, is so supportive and caring towards his fellow company members, and to the people around Leicester who have helped him realise his talents. He has a cheeky nature but is so positive and such a role model for other young people who may face barriers to achieving success. Kade also want's to support the work of JHMT in the community with his performing skills and helping to raise awareness of the Inspire Awards with other young people.

Simon Taylor, Inspire lead, said: ' Kade is a great talent who has overcome all obstacles to shine . We are sure we will see and hear about him a lot in the future.' 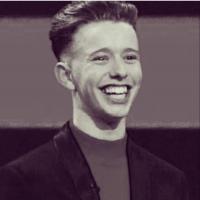 Thank you so much to the Joe Humphrey memorial trust for their inspire award! It is an honour to have this award on behalf of Joe and it will go a long way in helping me with buying my equipment for my... Read More »