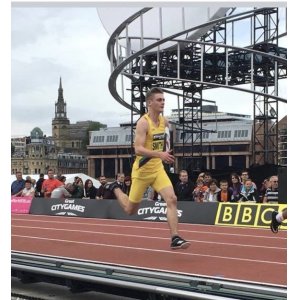 My name is Jody Smith and I am a talented Harborough athlete. I am eighteen years old and compete in athletics as a 100m and 200m sprinter and I am also a chronic asthmatic. I started running as a way of improving my asthma and found that I had a talent in the sprints, I became hooked and quite quickly started to compete at a low level and worked my way up to an international standard.

* U17 Silver medalist in the Midland Indoor championships for the 200m at Birmingham NIA.

* Selected and attended English Schools for 200m for the last two years.

* Selected and attended the Youth Development League which were promoted.

* Selected to take part in the connect relays at

Selected and represented England in the 4x100 relay at the Welsh International winning Gold.

I am currently a student studying A Levels at Beauchamp college in Oadby and training five times a week and competing most weekends I am unable to commit to work to help with the costs, this is why I am asking for financial support to help with the mounting cost of coaching, fitness, equipment, traveling and entering competitions.

Simon Taylor, Inspire Lead, said: ' Jody's dedication to his sport is a fantastic example to all young people and we are sure he will continue to do well.' 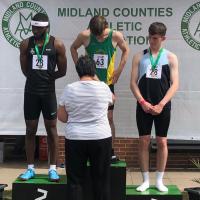 Midland champs was a success! I came away with a gold in the 200m and a pb in the 100m! So a successful weekend! Last weekend was nationals and I just missed out on the finals by 0.06 however a huge Pb... Read More »

I've recently started a new training plan and it has been very hard work! It's very different to my old training however, I feel I'm getting stronger by the week and I cannot wait to compete! I'm am going... Read More »