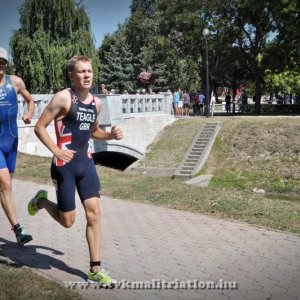 He has to fund all of his travel, equipment costs and race fees himself, so decided to apply for a small grant from the Inspire Awards to help meet these costs.

James said: 'I'm really glad I applied for an Inspire Award. They gave me a grant of £235 and I used the money to help me compete in the Geneva European Junior Cup where, despite my goggles snapping in the swim, I had my best European Cup result yet, finishing 11th. I am hoping to build on this next year, in what will be my final year as a junior'.

'I'm absolutely passionate about triathlon and I would like to thank the Trust as this money has helped me to compete abroad, gain valuable experience of international racing and continue to build my career as an athlete'.

James's recent fantastic achievements in triathlon include a third place at Blenheim Triathlon, second in the London Aquathlon and leading the rankings in the British Junior Super Series. He was in action in Canada last weekend (30/31 August) at the junior elite world championships, coming 22nd in an impressive international debut. 'I'll aim for top ten next year!' he said.

Launched in June, the Inspire Awards offer small grants and/or specialist support to city and county young people aged 13-19, to help them develop their talents.

I had a good race at British champs in Liverpool and due to a good swim and bike came in to the run in the front pack. i had a issue getting my shoes on in transition but ran pretty well to finish in a... Read More » 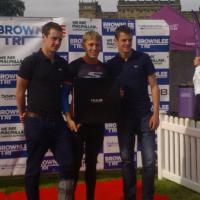 For my last race of the season i competed in the Brownlee triathlon against over a 1000 other triathletes. I had a great race and felt really strong through the swim and on the hilly bike and run. I ended... Read More »

World qualifiers was a really tight race. The front bike pack ended up being full of all the race favorites. The run was a tough and saw a group of 5 get away. There was a fair bit of attacking and it... Read More »

I recently competed in the European Junior Elite qualifiers and managed to place high enough for selection. The championshiops are on the 11th of July in Geneva which is a course I competed on last year... Read More » 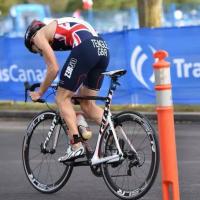 I used the money provided from JHMT to fund a European cup race. European cup races are a great experience as they have a high quality of field as well as an opportunity to put my training into practice... Read More »