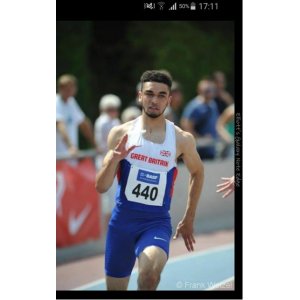 Elliott is 20 years old and a young track athlete from Leicester who has been a member of the local Leicester Coritainians athletics club for several years. This passion to run was nurtured from his formative school days, through to club, national and on and upwards to current international level.

Elliott has made exceptional progress this athletics season in his event of 200m. Through hard work and determination he has won the Midlands championships, setting a new competition record, winning gold at National championships which resulted in getting selected to be part of the Great Britain youth athletics team for the 200m and 4x100m relay.

He's represented G.B. at Loughborough, Germany and in Sweden at the European championships where he won a silver medal. He also represented England in the Welsh international competition where he won a gold medal. Elliott is very motivated and dedicated to his sport and this passion and inspiration has had a very positive impact on the younger members of his athletics club. He loves to encourage and support the young and up and coming athletes.

All of this has achieved all of this whilst studying for a sports science degree at Loughborough College, holding down a part time job to support him and still managing to find time for his family and friends. Elliott works extremely hard and is totally focused to continue to achieve high goals that he has set for himself.

Elliott said: " It really does mean a lot to get any kind of recognition for the work I do as an athletes. This grant would help me massive in my training which would then further lead to greater success on the track into next season. Without the worry of finance I would be able to focus more on my training to be the best I can be. I would also like to travel abroad to compete this season and every contribution helps.'' 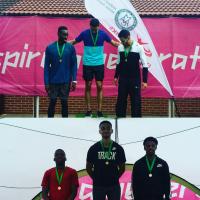 Over the last two weekend, I have started my outdoor season, I started at the university championships in Bedford on the 1st and 2nd on May. I ran in the 200 metres and ran an ok time of 21.63, and I came... Read More » 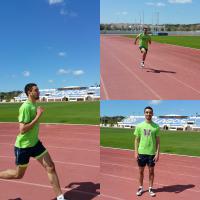 Last Monday I got back from my week out in Portugal doing warm weather training, It was a really great trip and the weather was great. I manage to get a lot of training into the week with will be very... Read More »

Over February I had a couple of indoor races over 200m, this were just a bit of fun and to use as a brake in training. My first was the University championships, I comfortable made it to the final but... Read More »

A BIG Thank You

I would like to thank all the team at the Joe Humphries Memorial Trust for their support. I am really looking forward to my athletics season coming up this season, starting soon at some indoor competition... Read More »