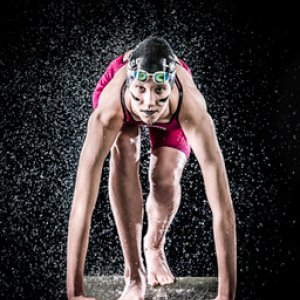 Daisy started swimming lessons at the age of 3 and was soon recognised to have a clear talent in the sport. At the age of 7 she joined Enderby Swimming Club and after showing her potential was soon invited to join the City of Leicester Swimming Club (COLSC) at the age of 9. Daisy won the County Championships in her first year at 9 years old and went on to win this title again aged 10, 11, 13 and 14 years. Although now swimming for City of Leicester, Daisy has not forgotten her first club now renamed Leicester Sharks. She represents them in local and national events, as well as taking part in club championships. Daisy feels it is most important to remain a role model for the younger swimmers - looking up to her. She has also recently begun teaching very young swimmers, getting into the pool at De Montfort University.

Daisy has had some wonderful opportunities so far, competing at several English Schools Championships (ESSA), Scottish Nationals and 2 International Children's Games, the first when she was 14 in Australia and the 2nd in Holland when she bought home a bronze medal in the 200 backstroke. She was also thrilled to gain an Olympic qualifying time last year and swam at the Tollcross Centre in Glasgow in the 200m backstroke. Swimming alongside Olympians was an experience in itself and gave her a taste of extreme high end competition.

At the age of 11 Daisy qualified for her first National Championships and has qualified every year since, making finals in the last 3 years, improving on her finishing position.

This season sees her acceptance onto the ASSE programme (Advanced Apprentiship for Sporting Excellence) at Dudley University which she completes alongside her A-Level studies at Lutterworth College. She was also incredibly proud to be selected onto the England Talent Beacon Programme in September 2016 – which means 2 early morning in Nottingham's Harvey Haddon Centre, alongside her other 3 morning sessions and 4 evening sessions in Leicester swimming for COLSC. She also takes part in 3 gym sessions each week helping to build her core strength, reaction times and fitness ability further.

Daisy is very much looking forward to warm weather training in Cyprus during February half term where she will be preparing for the long course meets she has lined up, hoping to gain faster qualifying times to the British Championships in April. She has already gained her 50m,100m and 200m backstroke times but is close in a few other events.

ESSA is coming up in March where she will join her team mates in Liverpool to represent the East Midlands. Here she can gain qualifying times for the British Championships and British Nationals in July at Ponds Forge.

Daisy said ' The Inspire Grant will help towards the cost of a new racing suit as well as helping towards the cost of entering and travelling to and from the competitions across the country. Grants, such as Inspire Awards' are invaluable. I feel that my achievements, dedication to my sport and hard effort (both in and out of the pool) would have been recognised. This grant will inspire me to fulfill my ambitions. It will give me confidence and belief to push myself further which in turn will help me reach the next level in my sport.'

Simon Taylor, Inspire Awards project lead said: 'Daisy is another great example of the dedication and focus needed to succeed in this toughest of sports . As such she is a great example to all young people.' 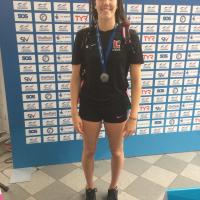 At last, after competing at the Nationals at Ponds Forge, every year since I was 12, and qualifying for finals, this year was my year!!

I had a good 100m and 50m backstroke, making finals in both.

I'm in hard training at the minute, made slightly easier by having finished all my A-levels now.

National prep going well, and looking forward to the start of taper!

What I have been up to

Hi, so what have I been up to in the past months leading up to the CP Worlds? 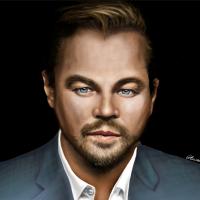 Can't thank you enough for helping me to purchase my I pad pro, I have downloaded the drawing app I needed and I have created my first digital portrait - Leonardo DiCaprio - Hope you like it ?

Last weekend was the final gala for National Qualifying times and it was my last ditch attempt for an event for 50m free at English Nationals. I had to take off just a slither of a second to hopefully... Read More »