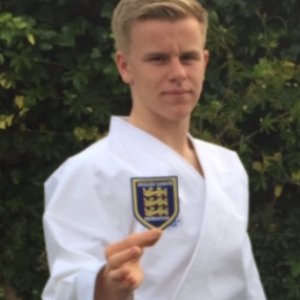 Aron is 15 years old from Measham in Leicestershire and along with his brother Dylan has been selected by the English Karate Federation to represent England at the Junior World Karate Championships in Tenerife, Spain in October 2017.

Aron said: ' A JHMT Inspire Award grant would be a fantastic boost towards helping me and my brother to train and compete together and reach our ambition to represent our country at the

highest level in karate.It would allow me to focus on my pre-training in readiness for my debut World Championships representing England . Every bit of support is so important to us. With karate being a minority sport we receive no funding to cover the £1,500 required each for travel and accommodation.

Coach Rob Traves said: ' Aron along with Dylan and Anthony Sempebwa have been training hard over the years and their dedication, determination and perseverance is a fantastic example to all the students at the club.'

Measham Karate Club is affiliated to the England Karate Federation and has around 650 members, aged between 6 and 50, and train three evenings a week - http://www.meashamkarateclub.co.uk/

Started training in Karate Jan 2008 aged 5 and is a member of Measham Karate Club which is part of Shindo-Kai Karate Association which is Affiliated to the English Karate Federation.

Selected to represent England at Junior World Championships in June 2017 in both Individual Cadets kata and U18 team kata with his brother Dylan Traves.

Ambition is represent England and medal in both team kata and individual kata for both U21 and Senior European and World Championships and also to represent Great Britain in a future olympics for karate. 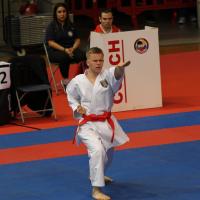 It's been a season filled with highs and lows, with the disappointment of narrowly missing out on the national final early on in the season and then messing up... Read More »