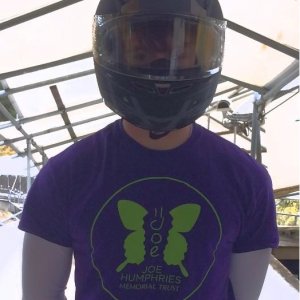 Adam is 16 years old from Leicestershire and already a multi - sports 'champion' in two sports – Karate and bobsleigh. He's the current under 16 years Aiwakai European Karate Champion and the under 18 years English silver medallist. In addition, he's also a member of the Great Britain Youth Bobsleigh Team and ranked 6th in the world.

In November he beat the reigning World Champion from Portugal to take the 2014 WadoKai European Title.

In the summer of 2014 Adam attended trials at Loughborough University for the GB Bobsleigh team and was selected to be 'groomed' as a potential medallist for the Winter Olympic Games in 2022. At his very first bobsleigh race held recently in Lillehammer, Norway, in December, Adam came second in the world series Monobob event.

In 2013 Adam suffered a broken arm when he blocked a vicious kick in a karate competition against a much bigger and older opponent. This put Adam out of action for a number of months and just a short while after recovery he suffered a broken wrist whilst playing school rugby. However, this did not deter Adam and as soon as he was out of plaster he came back even more determined to succeed which has made 2014 his most prolific year to date.

In April 2015, Adam was recognised for his sporting endeavours as a finalist in the prestigious Lord Lieutenant's Young People Awards – Young Sports Person of the Year category.

Adam is currently focused on defending his World title at the European Karate Championships in Hungary and to compete at the forthcoming Youth Olympic Games at Lillehammer, Norway in February 2016.

Adam said: ' The Inspire Awards grant will allow me specifically to train more regularly down at the British Bobsleigh push-track facility at Bath University as this is a struggle for my father in particular who's having to take time off work as I am too young to drive and the trains are very expensive.'

Simon Taylor , Inspire Awards project lead said: ' Adam is a very determined and talented athlete who is a great role model for other young people – as such we are very keen to help him fulfil his undoubted potential for the future'

Since the last time I posted, I have been researching into Online courses I can do that fit around my busy home life and I have enrolled onto a graphic design course, which starts next month, to help build... Read More » 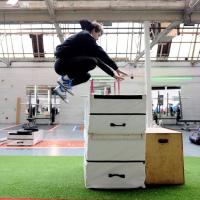 As a result of my performance at the last testing, I was invited to 3 training camps, each a week long held at Bath University. I have already completed the first one where I did several training sessions... Read More »

At the end of May I travelled to Cardiff Athletics Centre for the first fitness testing prior to the summer training period. I once again produced another PB and placed myself as the highest ranked youth... Read More »

After two intense seasons of bobsleigh, I hadn't competed in karate in over a year. I still maintained regular karate training with my coach Sensei Michael Rankine and last week competed in one of the... Read More »

So after a long season of competing all over the globe I now have several months to prepare for the physical testing that begins in summer time and I'm excited to see what improvements I have made since... Read More »

Returned from St Moritz, Switzerland a little disappointed after leading the race on the first run but after some unfortunate rain before my final run affecting the speed of the track causing me to drop... Read More »

I have spent the majority of the last 2 months competing abroad for GB in the Omega Youth Bobsleigh Series. In Calgary, Canada I finished 3rd and 7th but became ill before the trip to Igls, Austria where... Read More »

It's getting closer to the start of the ice season and training is going well. I've completed my second Swiss testing (sprinting, roll bob and 5 bound jump) and I have produced PB's (personal bests) in... Read More »

Pre season training started last month and I am preparing for the coming ice season in September. I'm currently doing gym, sprint and push sessions alongside my karate training. I have been travelling... Read More »