1 Week to go - A Celebration of British Comedy Songs

1 Week to go - A Celebration of British Comedy Songs 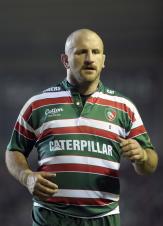 BBC Radio Leicester and the Charity group Applause bring together a number of well known Leicestershire public figures, local sporting celebrities and some of the best local choirs for a charity evening to celebrate the best of British Comedy songs from stage, screen and the pop charts.

This is the second year at the Comedy Festival for this concert and last years was a major success.

Come along and enjoy an evening of music and comedy like no other.

The show will feature a variety of music from a Benny Hill Christmas number one to a Monty Python classic.

Proceeds from the evening will support the Joe Humphries Memorial Trust (JHMT) and the charity's patron, Tigers, England and British Lions legend Martin Johnson CBE is backing the event:

The England Rugby World Cup winner says 'This should be a fun evening to help a campaign which has the potential to save the lives of many young people and I'm proud to support it. Cardiac arrest, in particular Sudden Arrhythmic Death Syndrome (SADS), in the young is something that every parent needs to be aware of