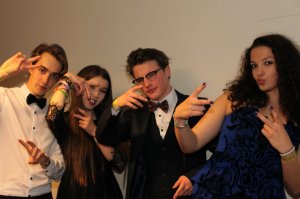 A JAMES BOND-themed evening and balloon launch organised by friends of a teenager who died suddenly have raised more than £500 for charity.

Friends of Rothley teenager Joe Humphries got together to hold the events in his memory, to raise money for local charity the Joe Humphries Memorial Trust (JHMT).

Joe was 14 when he died, in October 2012, from sudden arrhythmic death syndrome (SADS) while out on a training jog near his home. Since that time, his family and friends have campaigned tirelessly for greater awareness of sudden heart deaths in young people.

Twelve young people aged 12-35 in Britain die each week from undiagnosed heart problems like SADS. But if CPR is started immediately, done effectively by a trained person and a defibrillator can be got to the victim within eight minutes, the majority of people could be saved, without brain damage.

Steve Humphries, Joe's dad and chair of the Joe Humphries Memorial Trust, said DRAFT: "Joe wanted to see the Bond film Skyfall but never got the chance, so we worked with Joe's friends to create a James Bond evening to celebrate his life.

"The event was completely sold out, with 85 young people dressing up in black tie and enjoying an eclectic mix of treats including canapés, doughnuts and mocktails. They also had lots of fun taking pictures in the photo booth. Entertainment at the event was provided by a live band, Murmur, and a disco.

"We're blown away by Joe's friends fantastic contribution of £500 to JHMT and we'll use the money to continue our vital work in Joe's memory."

Later on in the evening, 117 balloons were released in honour of Joe. Joe's friend and Trust members are now waiting to find out how far the farthest balloon travelled.