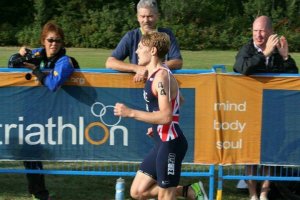 YOUNG people from Leicester and Leicestershire are benefitting from an inspirational new awards scheme that helps them to achieve their goals.

The Inspire Awards, run by local charity the Joe Humphries Memorial Trust, have been set up to help young people flourish across a wide variety of community, sporting, entrepreneurial and creative arts activities.

The Joe Humphries Memorial Trust (JHMT) works to raise awareness of sudden heart deaths such as SADS – sudden arrhythmic death syndrome. It was set up in memory of Rothley teenager Joe Humphries, who collapsed and tragically died from SADS in October 2012 while out jogging.

As well as raising awareness, donating defibrillators and providing vital life-saving training across Leicestershire, the JHMT also launched the Inspire Awards in June 2014 – a small grants scheme to help young people with big ambitions to fulfill their potential.

The first four young people to receive Inspire Awards are all from a sporting background.

Eighteen-year-old James Teagle, from Birstall, is a young triathlete competing at an international level, taking part in European Junior Cup races across Europe.

He was given a £235 Inspire Award to help fund travel, equipment costs and race fees.

James said: "I'm really glad I applied for an Inspire Award. I used the money to help me compete in the Geneva European Junior Cup where, despite my goggles snapping in the swim, I had my best European cup result yet, finishing eleventh.

"This money has helped me to compete abroad, gain valuable experience of international racing and continue to build my career as an athlete."

At 19, Paige Murney, from Braunstone, is already one of the brightest young female boxing prospects in the UK. A member of the successful Leicester Unity Boxing Club, she only started boxing two years ago, but has enjoyed a meteoric rise through the ranks.

She said: "I'll be using the grant of £300 from the Inspire Awards to help me travel and compete across the country. My dream is to box for England and I truly believe I can achieve it. A grant like this makes a huge difference – it makes that dream a step closer."

Elizabeth Hyde, aged 19, is a member of Charnwood Trampoline Club in Leicestershire. She applied for an Inspire Award on behalf of her club.

The club has a number of members whose immense talents have already caught the eyes of selectors from the GB Junior squad. But their up-and-coming young stars need access to a double mini trampoline, to prepare for competitions.

All the club members have been busy fundraising to get a new trampoline, and Elizabeth's Inspire Award of £300 has now helped them reach their £4,000 fundraising target.

Elizabeth said: 'It's so amazing. This generous donation from Joe's Inspire Awards has helped us to achieve our dreams and raise enough funds to get our new trampoline. I know this new equipment will help not only me, but my teammates too."

Thirteen-year-old Kareem Queeley, from Leicester, is a member of the Leicester Warriors Basketball Club and a young man on a mission to play basketball at the highest level.

Despite his tender years, Kareem is already a force to be reckoned with at club, regional and national levels of the sport.

Kareem said: "I'm absolutely honoured to have been chosen for an Inspire Award grant of £300, which will help me offset the costs of travelling training and matches, as well as allowing me to buy much-need basketball kit and equipment.

"I'm also looking forward to taking a leading role at the Warriors as the Trust's ambassador, to help create a new generation of lifesavers in community sport."

Simon Taylor, a partner from Gateley's solicitors in Leicester, manages the distribution of the Inspire
Awards. The awards are adjudicated by a panel of judges from the world of business, sport and the creative arts.

Simon said: "These young people have one thing in common – they're all totally focused on achieving their goals. Helping young people with such ambition, drive and talent to reach these goals is an absolute pleasure, and it's what the Inspire Awards are here to do.

"We want to help as many people as possible, so we're focusing on providing fairly small amounts of money – but we know that even a small amount can make a big difference.

"Sadly, Joe never got the chance to realise his full potential, but we're determined that other young people will be helped by the charity set up in his name."

Steve Humphries, chair of the Joe Humphries Memorial Trust, added: "It's great news that the Inspire Awards have started so strongly. We welcome applications from young people who need help pursuing their sporting, creative or entrepreneurial dreams, or who want help with community projects.

"Sadly, 12 young people aged 12-35 don't get the chance to fulfil their potential because they are struck down by subtle heart conditions like SADS, which can strike without any warning.

"We're determined to create a far greater awareness and understanding of these silent killers and ensure future generations are equipped with key lifesaving skills and know what to do if someone has a cardiac arrest.

"Our awards are just the beginning of these young people's relationship with the Joe Humphries Memorial Trust. Each applicant gets the chance to write a blog about their achievements and share their journey with JHMT supporters."

To find out more and apply, visit www.jhmt.org.uk/inspire